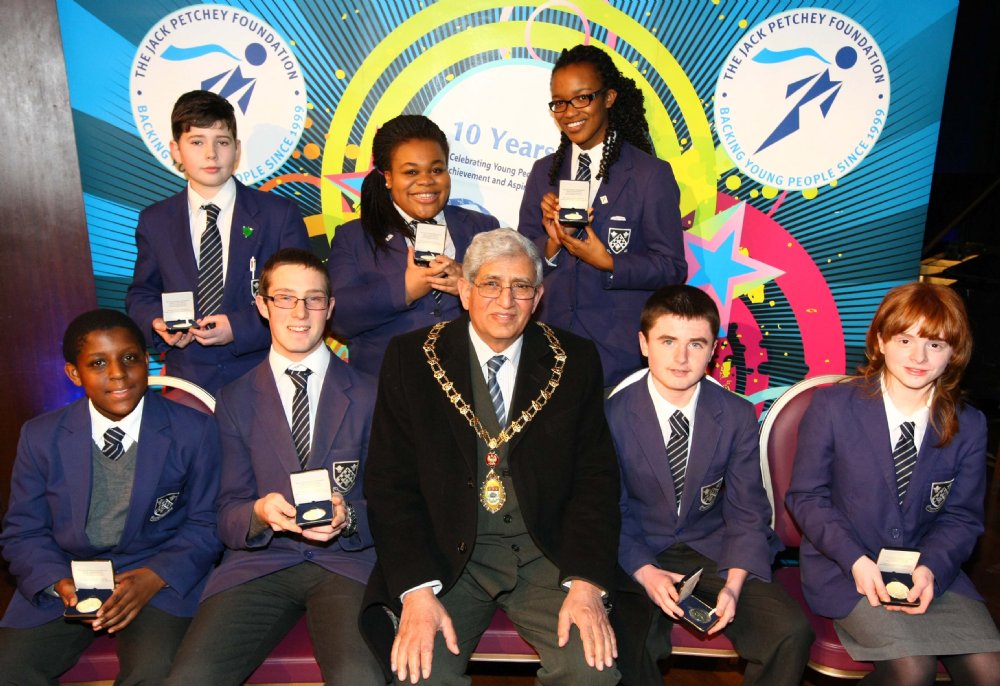 7th February saw the Jack Petchey Awards Ceremony at Greenford Assembly Hall. The ceremony recognised the fantastic achievement of many young people from the borough of Ealing, including several Wiseman pupils, they were:

I would like to thank all staff who nominated pupils for the awards, without your nominations these pupils’ achievements might not be recognised.
In addition to this I would also like to thank Celia Madden and the Cardinal Wiseman Gospel Choir for their fantastic (and first public) performance, they were amazing and a great advert for the school. They all gave up their free time to rehearse for and perform at the ceremony and became a 30-strong cheering squad when the Wiseman award winners went on stage. I received many positive comments from the organisers and other school teachers about the choir. They also impressed Steven Pound MP so much that he broke out into spontaneous dancing. The choir consisted of: