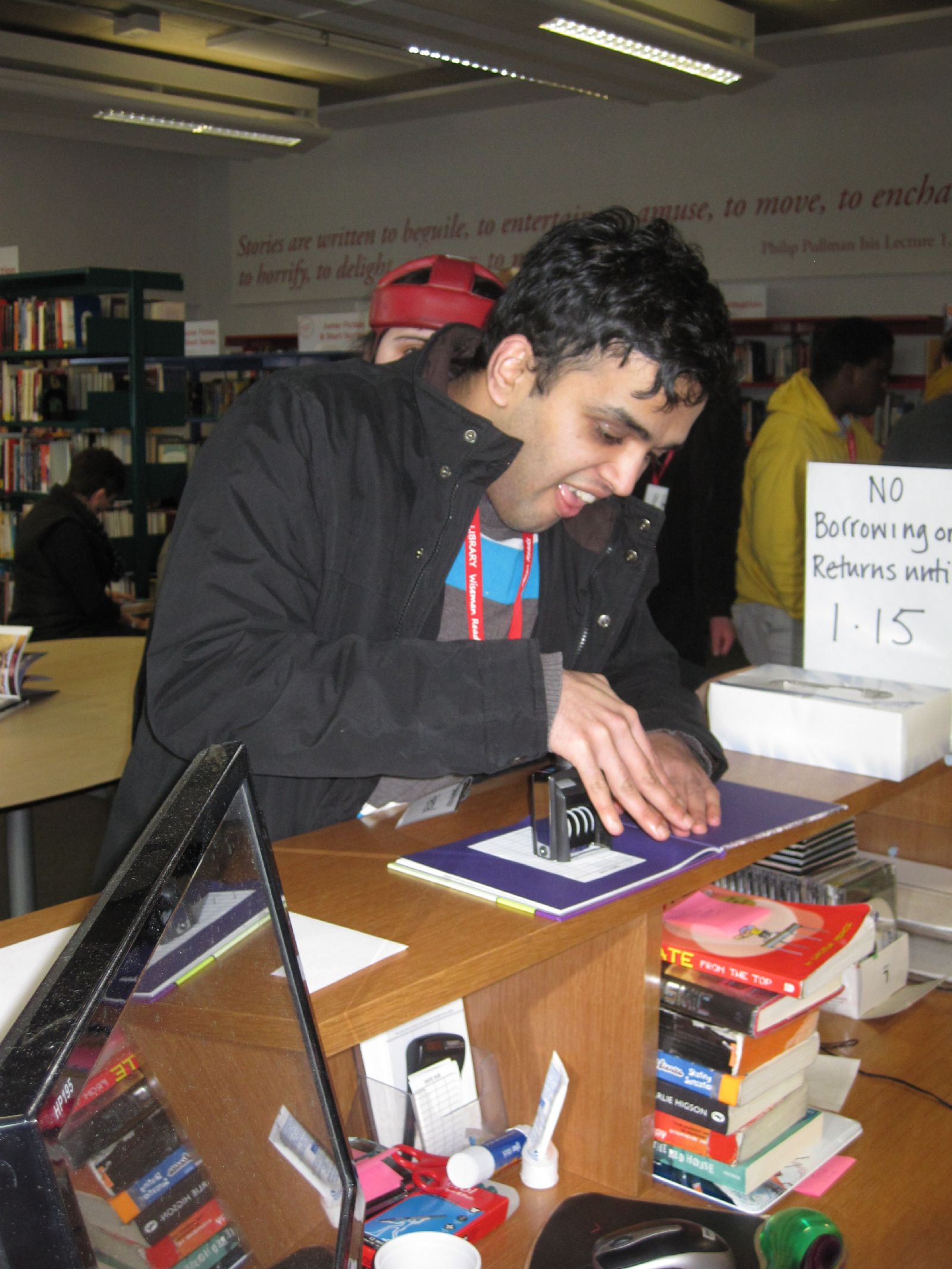 Eight students from Pield Heath House School, for young people with special educational needs, came in to visit the Library on Tuesday, 4th February. The visit had a dinosaur/dragon theme beginning with a story by Bob Shea called ‘Dinosaur vs The Library’. Soon after this was the discovery that someone had stolen a special egg from the library which set everyone off on an egg treasure hunt around the school. The students found a number of small eggs assisted by Jackie at reception and some Drama students in the main hall. The real treasure was a huge brightly coloured egg found in Ms Teague’s office which our visitors took back to Pield Heath with them for safe keeping. Luckily, the students were presented with a book called ‘How to Raise and Keep a Dragon’ by John Topsell, so if the egg turns out to be a dragon’s egg they will be well equipped!

Each young person was invited to choose a book to borrow for a month; some decided on books about dinosaurs and all enjoyed the opportunity to stamp their own book to remind them when to return it.

Before leaving, our visitors demonstrated the song that they will be singing for the ‘Sign 2 Sing’ world record attempt on 5th February. Children and adults in over 1,000 schools in the UK and abroad will attempt to become Guinness World Record Breakers by singing and signing the same song, at the same time. We wish them the very best of luck in their attempt and look forward to hearing how they got on when they return in March.

Follow the link to see the photo album of the visit: