On 17th July, two of our Year 10 Students celebrated their sporting achievements at the Youth Games celebration at Ealing Town Hall. Ramnique Brar won an award for Girls Volleyball and Stephen Plant won a silver and two bronze medals for Kayak Sprint. 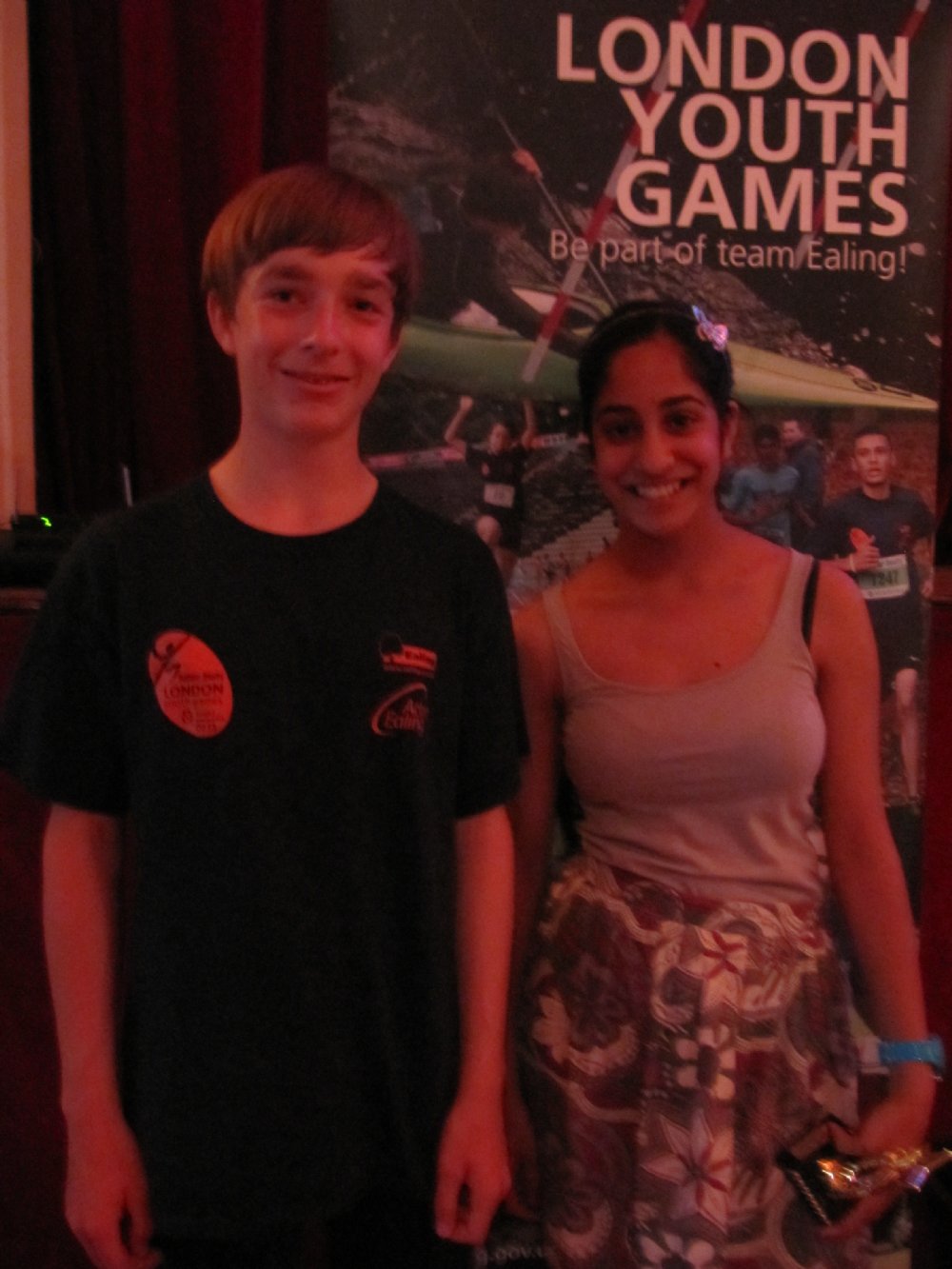 London Youth Games sees 33 London boroughs competing in 30 sports. On 17th July, two of our Year 10 Students celebrated their own achievements at the Youth Games celebration at Ealing Town Hall. Ramnique Brar won the ‘Most Valuable Player’ award for girl’s volleyball. Stephen Plant, who canoes with Ealing Canoe Club, won silver and two bronze medals in the Sprint Kayak competition in Docklands last month. The London Youth Games has seen a number of its competitors going on to achieve great things across a variety of sports. Olympic Gold medallists Christine Ohuruogu and Mo Farah both began their illustrious careers competing at the London Youth Games and are a great inspiration to aspiring athletes.

A Cardinal Wiseman alumnus was a special guest at the celebration; Georgia Ward competes with the Great Britain Diving Team and has her sights firmly set on the Olympics. She was on hand to offer advice and inspiration for the young sports men and women of Ealing. It was a great evening celebrating London’s festival of sport for young people.
Cardinal Wiseman has a thriving PE department and Enrichment programme with a broad range of opportunities giving both girls and boys a chance to excel in traditional sports like football and have a try at something a bit different such as weightlifting or slalom canoe. In the meantime, the summer holidays gives young people the time to try something new and discover new talents.