A stylish and insightful presentation wins the day! 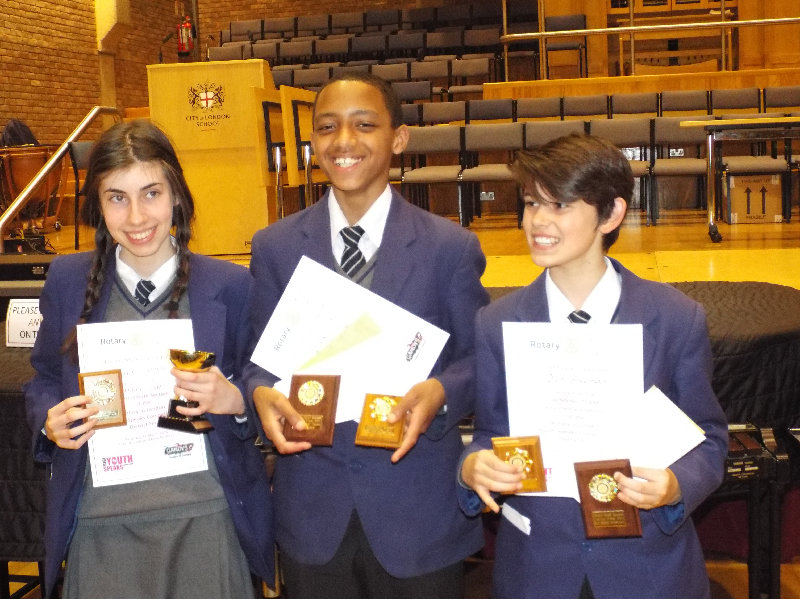 Following their victory in the West London round of the prestigious Rotary Club competition The Cardinal Wiseman Year 9 Intermediate Team competed for the London title at The City of London Boys School on March 15th. Each of the finalists, a mix of public and comprehensive schools, had won their London regional competition. This was reflected in the high standard of presentations throughout the day. The Cardinal Wiseman team won over the judges with a stylish and insightful presentation that explored the theme of 'relationships'

The Team were awarded 'Best Speaker' (Ben) and 'Best Summary Speaker' (Francis). The team, skilfully Chaired by Ciara, was then awarded 'Best Team' and picked to represent London in the Southern Counties competition later this month.

It was a very good day for Ealing's schools as St. Benedicts enjoyed similar success in the senior competition, picking up individual prizes as well as 'Best Team.'