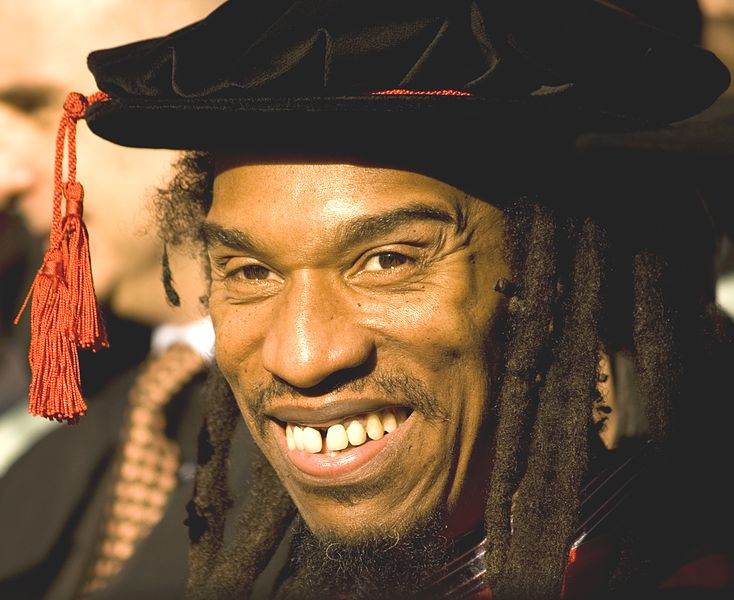 Benjamin Zephaniah is an English poet, he is Rastafarian and vegan, he has many views on different subjects. Zephaniah is against racism. He has said this is due to his experiences at school where he was racially targeted by bullies. He is also extremely against bullying, though in an interview he once said that he was not always the one bullied, he sometimes did the bullying. Zephaniah believes that humans should treat animals and plants equally. I agree with that to a certain extent: if it does not have disastrous effects on the food chain, we should make an effort to treat animals with respect.
Benjamin Zephaniah feels strongly about gender equality, he expresses this in the poem “I” - “If big boys don't cry, why do I?” This shows that he thinks that boys should be able to cry in the way that girls can. He wants to change people’s view that a boy crying makes them weak or less of a man.
In his poem “A Beetle called Derek”, Zephaniah expresses his view that the rainforest should not be cut down. He writes “Then came the white coated bandits, scientists seeking all they could get, her home was robbed to make paper”. ‘This shows that he sees scientists as mean bandits who want to kill the rainforest. I think that he wants others to hold the same views and help him.
Benjamin Zephaniah is very against bullying. He expresses this in his poem “Beyond de Bell”. He says “Table may turn, yu maybe pushed.” This shows that he thinks that karma will come back around for bullies and that they are not as hard as they think. This poem may make bullies change their ways.
Zephaniah wants humans and animals to have equal rights. He expresses this in his poem “Talking Turkeys”. He says “even a turkey has a mum”. This shows that we should give animals a decent life and if necessary, a decent death. However Zephaniah would just like for turkeys to have a decent life.
To conclude, Zephaniah has many views on different things including bullying, racism, animal rights and care of the elderly. I would strongly advise anyone who hasn't done so already, to read some of his work.
Mia Doyle- McCann