The 125 mile Devizes to Westminster International Canoe Race starts in Devizes, Wiltshire and finishes at Westminster Bridge opposite the Houses of Parliament. 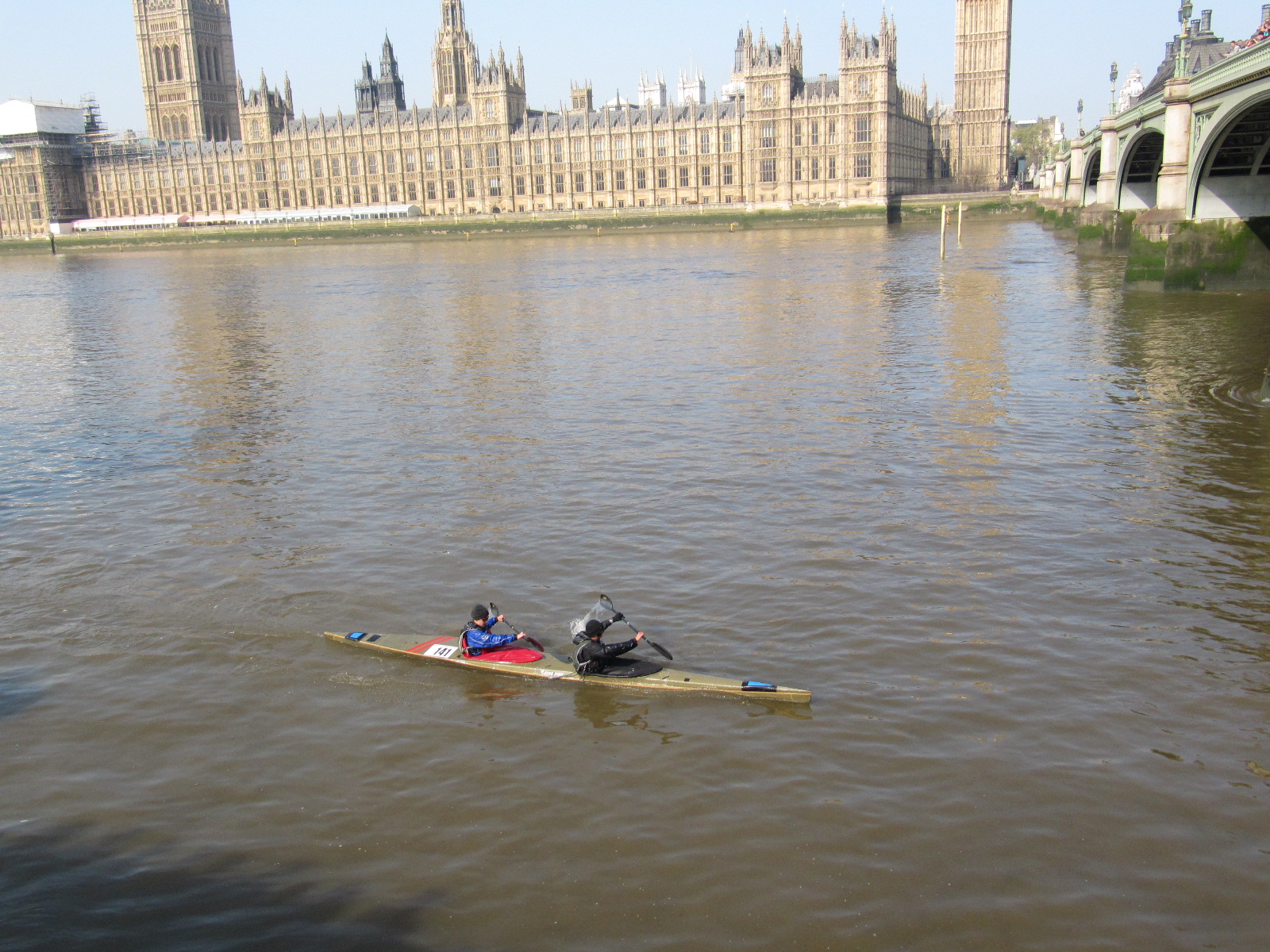 The Devizes to Westminster International Canoe Race starts in Devizes, Wiltshire and finishes at Westminster Bridge opposite the Houses of Parliament. The race is 125 miles long and has 77 portages, where the crews pick their boats up and run with them over locks, weirs and islands. The race is a severe test of the competitors’ skill and their physical and mental stamina. The juniors (age 15-18) do the race over four days and at the end of each day they are required to set up camp and cook for themselves unaided by their parents, coaches or other supporters.

Stephen and Attila crossing the finish line at Westminster


After months of cold, dark and very early mornings on canals and rivers, Good Friday morning saw Stephen Plant (Year 11) and his Junior Doubles partner setting off on the Kennet and Avon canal as some of the youngest competitors on the water. They initially made very good time but suffered a broken rudder a few hours into the race. Determined not to lose time they picked the boat up and ran with it for a mile and half until a replacement could be found.


After a good night’s sleep and - for Stephen - five helpings of instant mashed potato, the boys were raring to get the next 34 miles under their belt. The second day brought its own drama when the rudder cable snapped. Thanks to the generosity of various support crews, they were able to tape up the rudder and zig-zag their way up the canal until their coach intercepted them with a repair kit.


The 38 mile route on day three took Stephen and his partner all the way to Teddington. They battled through heavy rain, very slippery mud and serious aches and pains to finish off with a bang. They completed that day’s course within six hours, which had been their aim since the beginning.


The final stage on Easter Monday was ‘only’ seventeen miles and took the crews along the Thames Tideway from Teddington to Westminster. This is a particularly challenging and potentially hazardous section of the course, with fast-moving tidal water and high volumes of river traffic. The boys made fantastic time and finished with broad smiles on their faces and glowing with pride.


The weekend saw Stephen and his partner overcome huge physical and mental challenges, which defeat large numbers of crews taking part each year. They paddled brilliantly, completing the 125 mile course in 21 hours and 13 minutes.  They truly deserve their medals and can now call themselves Devizes to Westminster Finishers!