Forty budding year 9 geographers descended upon Heathrow Airport to embark upon the trip of a life time, their destination . . . Iceland!

On Friday 23rd May, forty budding year 9 geographers descended upon Heathrow Airport to embark upon the trip of a life time, their destination . . . Iceland! 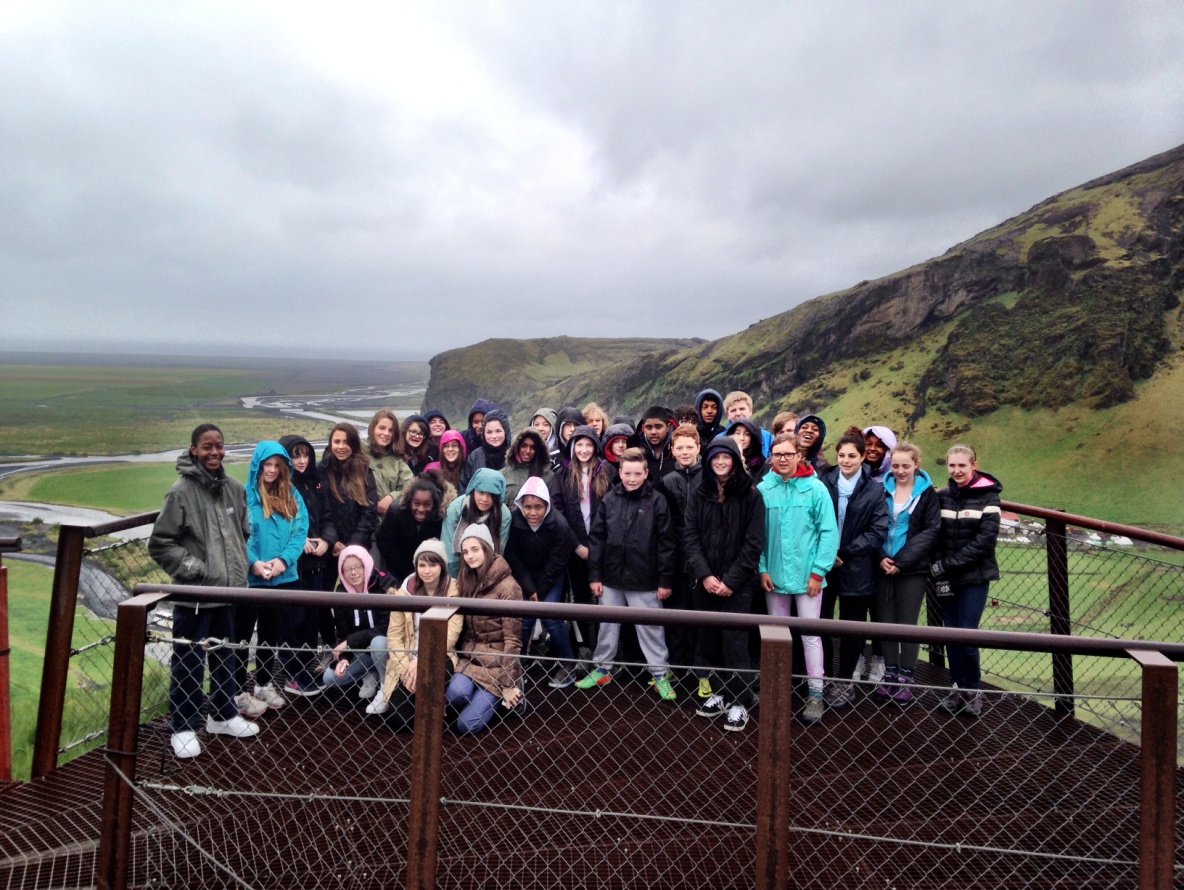 Upon arrival to a wet and windy Reykjavik the first stop was the eagerly anticipated Blue Lagoon.  Set in a black lava field, the milky blue spa water is heated naturally by the geo thermal energy.  Despite the rain all 40 students embraced this outdoor natural phenomenon having never quite experienced anything quite like it.  The water is naturally rich in minerals which meant everyone left looking ten years younger – much to the teachers delight!

The following 4 days were filled with exploring this wonderful island and the students all agreed they were in awe of all they saw.  Some highlights included a trip to Thingvellir National Park, inside which students were able to view an immense rift valley caused by the separating of the North American and Eurasian tectonic plates.  It’s also where the Vikings established the first democratic parliament.   Being able to see the great Geysir Strokkur; here the water swirls and vanishes down an enormous plughole before bursting upwards in an impressive 20m+ plume – thankfully the students weren’t standing downwind so didn’t get receive an unexpected shower unlike some other unlucky tourists! Countless waterfalls were seen and one the students even got to walk behind, but perhaps the most spectacular was Gulfoss.  It’s a double waterfall dropping 32m kicking up a sheer wall of spray before thundering away down a narrow gorge.

For many of the students it was their first trip international trip without parents and upon returning all had matured, had memories to treasure for a life time and a few had well and truly been bitten with the travelling bug.

Unfortunately due to the wet weather and dense cloud cover the one attraction the students didn’t get to see was the northern lights, alas there’s always the next trip!