The Year 9 girls have been winning gold again, this time playing rounders. 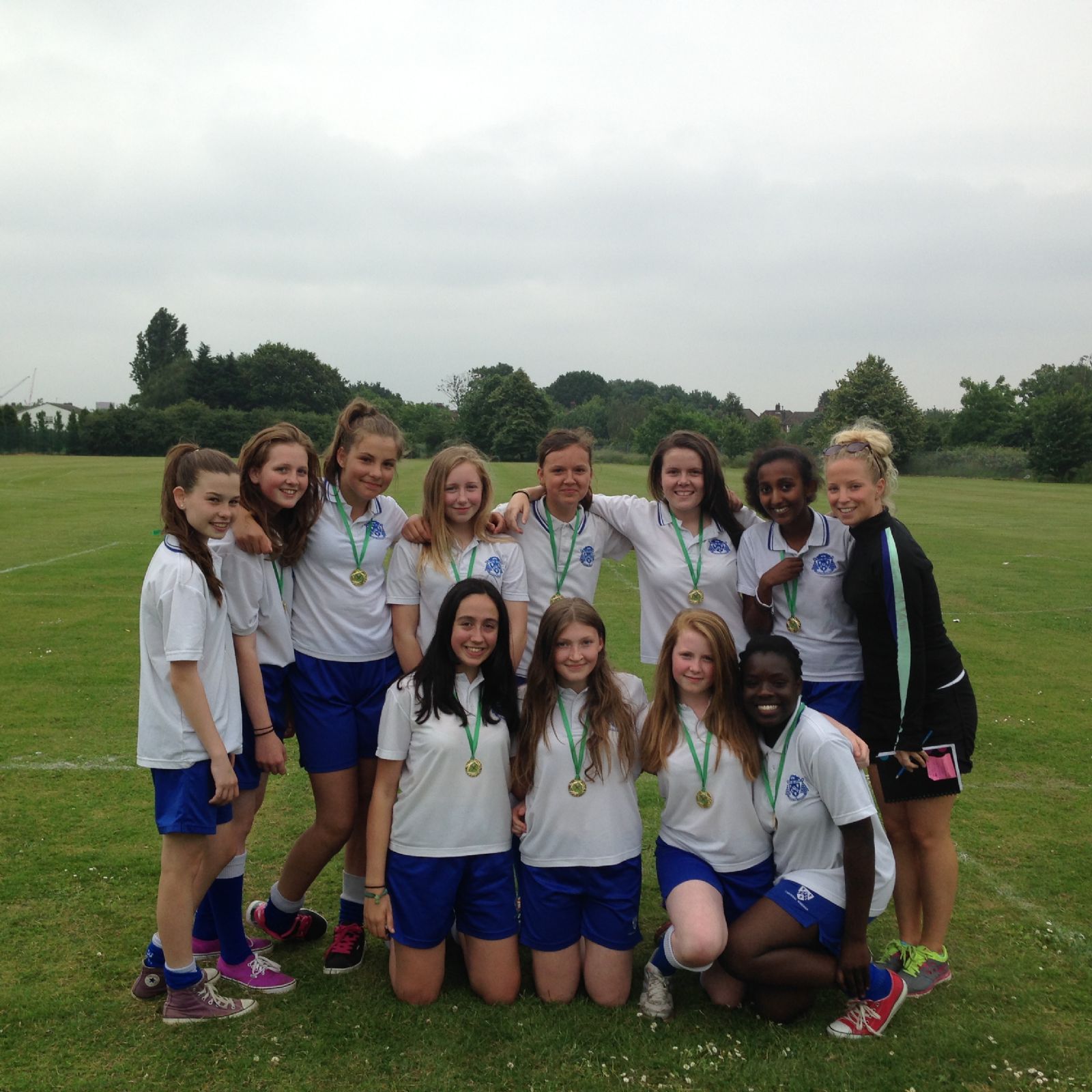 The Year 9 girls have been winning again, this time playing rounders. They took home the gold medals for winning the Ealing Borough Rounders Tournament yesterday. They were absolutely delighted to be crowned champions especially as they faced their toughest competition, Twyford, in the first group stages. The first game was very close but unfortunately we lost by a mere half rounder. The girls picked themselves back up and continued to get better and better, scoring more and more rounders each game. To win a place in the final we were relying on Twyford also losing  a game and us scoring more rounders than them overall - which we did! The girls went into the final with bags of confidence and convincingly beat Villiers nine and a half rounders to three!

The whole team deserves huge congratulations, specially Weronika Baranowska who was woman of the tournament.