Congratulations to Francis Lali and Donnell  Magezi in Year 9 who created a film for the 2014 Passage to Paris Competition organised by the Franco-British Council.  The competition was open to all Year 9 students from schools within the M25 and the winning class would win a day trip to Paris on Eurostar.  Francis and Donnell created an excellent film by themselves which finished in the top 10.  You can see their entry and the winning one by clicking on the picture below: 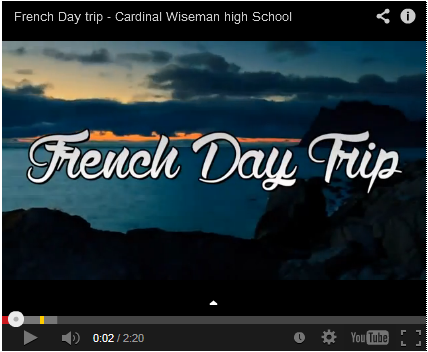