The 5th ‘Wiseman Debates’ Year 9 competition on Monday 30th June was a resounding success! Three thought- provoking and deeply engaging debates took place, with each student demonstrating a range of analytical, rhetorical and oratorical skills to the delight of the student and teacher audience. The event was judged by a distinguished panel, consisting of the Head of PE, Mr Foley, and two members of the Senior Leadership Team, Ms Whitby and Ms Winters. Finding a winner for each debate was a difficult task due to the combative and competitive nature of the debates. 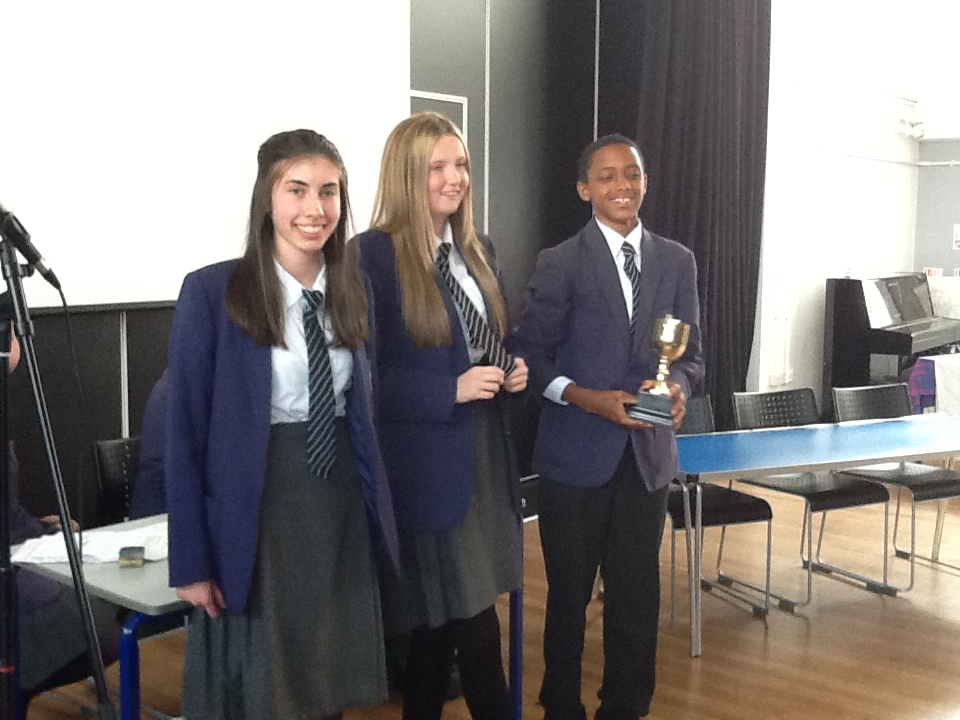 However, they were able to agree on the overall winning team, 9aEn1 (eee picture). This team produced consistently compelling arguments proposing the motion , ‘This house would ban violent video games.’ Francis Lali was chosen by all three judges to win the additional award of ‘Best Speaker.’ The competition was enjoyed by all. The year 9 audience was particularly attentive in terms of listening to the debates, contributing questions and applauding and encouraging the speakers. Wiseman Debates 2014 will be a hard act to follow!