With the General Election fast approaching it was important to make our students aware of the registration process and the reasons why they should vote. 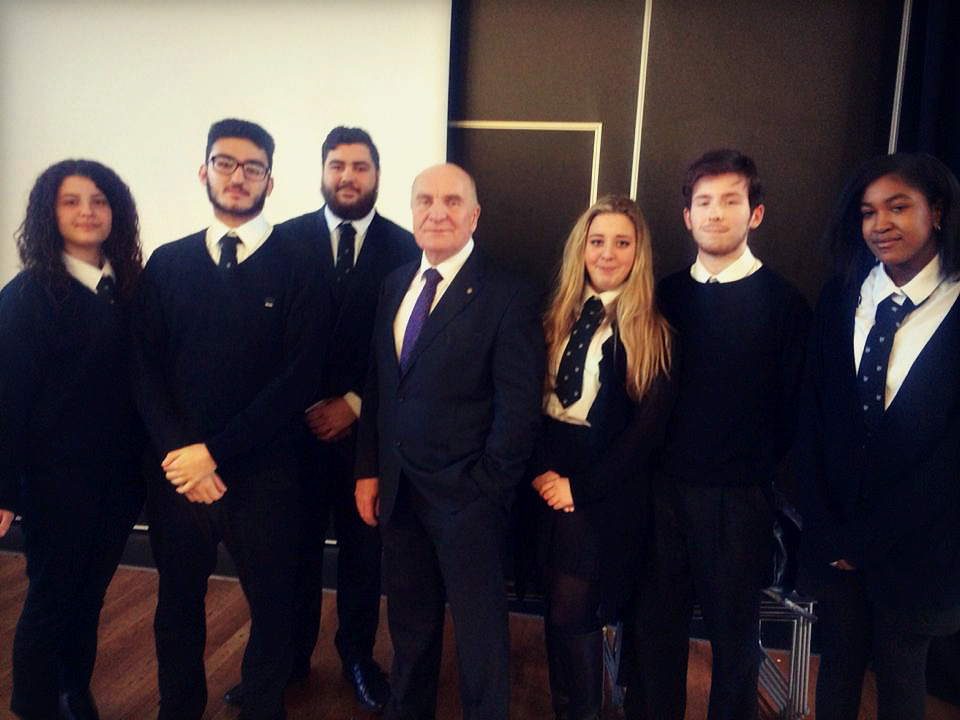 On Wednesday 4th March, Year 13 students enjoyed their last Enrichment session. With the General Election approaching fast and with so many of our students turning eighteen before the 7th May, it was important to make them aware of the registration process and the reasons why they should vote. Who better to talk about it than Mr Steve Pound, our MP for Ealing North since 1997? We are so grateful that Mr Pound found time in his busy schedule to come and visit us, together with Mr Ciaran McCartan, ex- Wiseman student and youngest elected Councillor in Ealing, representing Hobbayne Ward in Hanwell.  Together, they delivered an excellent talk, full of practical information about the new on-line registration system (gov.uk/register-to-vote), postal votes and votes by proxy. This was followed by a lively Q&A session; it was truly inspiring to see our students challenging both politicians on diverse issues ranging from drugs legislation, immigration to the housing policy and students’ fees. Anyone who says that young people do not care about politics should have seen this discussion.

Here are just some of the comments written by the students:

“Steve Pound's enrichment session was definitely the best we've had and a great way to end a successful run of informative sessions. It was interesting to learn about the 2015 election and how we could vote. It was especially good for those of us who did not study Politics and wanted some advice on how to get involved and at times 'who to vote for'. It was perhaps more engaging than most of the sessions we've had because Steve Pound is a notable figure in Ealing, and we felt that he held the voice of the local constituency as an MP. Ciaran McCartan was also good and arguably more relatable due to being a former student at the school and also being of a similar age to us. Both Steve and Ciaran stayed politically unbiased up until the Q & A where it was fair for them to share some of their political views and that of The Labour Party. After all, many of the students in the room were possible voters for Mr Pound's constituency and he wouldn't want to ruin the opportunity to gain support. Overall, Steve Pound's talk at Cardinal Wiseman was great and he provided us with information about the forthcoming election and also about The Labour Party itself. I believe that he has encouraged most of us to vote and start to become more engaged in the political world.”
Ryan F

“The session was inspiring, as it created a wonderful ripple effect wherein people began to discuss politics, and their own views. I had some very enlightening and some very terse discussions myself, as a result of the
session, all of which is a good sign.
When people say that young people don't care about politics, I think they are wrong. In my view, all we need is for someone to ask us our opinion. That is what both speakers, but especially Mr McCartan, did, and I thank them for it.”
Aoife M

“Steve Pound’s visit was well needed, it was a successful enrichment in terms of teaching and educating us on how to vote, but most importantly why we should vote for those who will be representing us in parliament.”
Christopher L

“Mr Pound told us that as our MP in the Commons he represents our views and without our vote we do not have a voice. Overall, a great enrichment session, intriguing discussion and it showcased that we, young people, are into politics and can express our views. The big questions are: who will be our Prime Minister after the 7th May 2015? Will the new PM change anything? Can we trust MPs after the continued expenses scandals and tax avoidance?”
Demani JC

We would like to thank Mr Pound and Mr McCartan for their visit and an excellent talk.
Mrs M Sowa