The Cardinal Wiseman Rugby and Football teams have all been in action this week and have managed to go undefeated.

The Wiseman sports teams competed in seven competitive fixtures in one week and went undefeated. Running alongside the competitive games the Wiseman PE department has been very busy with great attendances at its morning, lunch and after school sports clubs. Special mention to Miss Jones and her after school Rowing and Fitness clubs on a Wednesday and Thursday after school, averaging around 35-40 pupils each session. 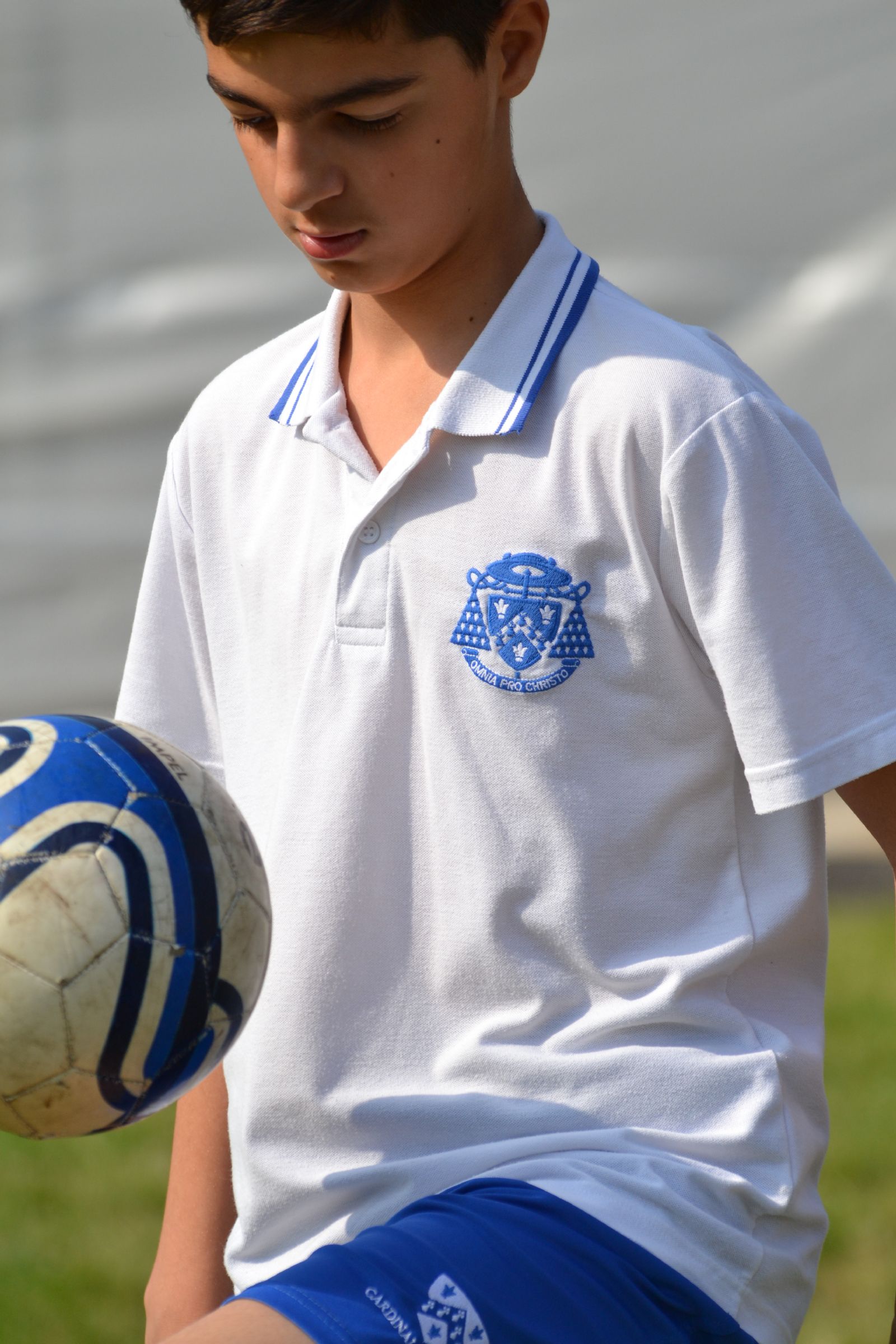 The week’s outstanding performer is Year 8 Patrick Murphy (8Wa2). Patrick had an extremely busy week, winning a National Cup game on the Monday, playing for the school Football team on a Tuesday, winning a Middlesex Cup game on the Wednesday and then found the time and energy to finish third  in the Year 8 Cross Country competition (third out of about 60).