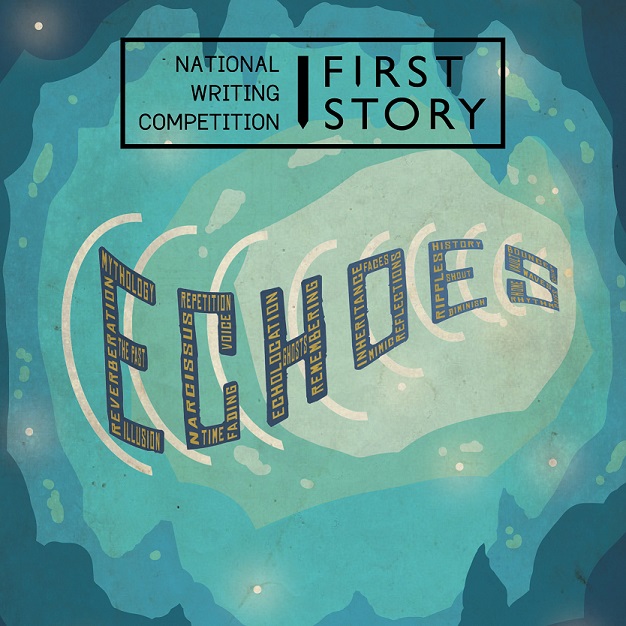 The English department entered three stories from Year 10 students, into the First Story National Writing Competition which invited students from all secondary state schools across the country to submit 850 words or less of poetry or prose on the theme of 'Echoes'. http://www.firststory.org.uk/competitions/90862-2/

I am delighted to say that a story written by Thomas Kenny from 10Ca2 has been long-listed from 3000 entries.  It is a great read and a testament to the amazing talent that is sometimes hidden amongst our students.

The winning entry will be published in The Times on-line, with the additional opportunity to go on a residential writing course, so keep your fingers crossed.

The single pebble fell from the roof of the cave like a meteor crashing to earth. It slammed into the knee deep water with a resounding splash. Ripples spread across the water, and rolled over the sea of tiny pebbles at the edge like waves at the seaside. Another pebble fell. It dropped to the ground and slammed into the water, throwing water and mud into the air, sending them splashing back down like sleet. The crash leapt back off the jagged walls of the cave, smacking every surface, each time quieter than the last.

The high pitched squeals and shrieks of bats flew through the cave and dark silhouettes could be seen against the dim light of the water’s reflection. The leathery flutter and the sharp swoosh of air could be heard as the bat’s wings sliced through the air.

Pools of light spread across the water and cast jagged shadows of the sharp boulders littering the cave floor. Another rock fell. The shadows of the boulders and stones seemed to melt as ripples of water spread across the pool. Blue-grey light dimly reflected the water onto the ceiling, perfectly captivating its every movement. Mottled brown fish glided gracefully along the bed of the pond, stirring tiny patterns into the sand and with their tails. Ripples pushed the lime coating of algae and lily pads around the water, the intricate stems swaying.

Another slab of stone fell, and flew into a cluster of lily pads with a crack, pulling them down under the water. The sound ricocheted off of every surface, filling the cave with a cacophony of sound. A breeze drifted out of nature’s corridors of stone and caressed the overhanging branches and vines of a grove of willow trees on the banks, stirring the water gently as the tendrils of leaves and branches moved. A winding column of ants scurried up through the cracks in the bark of the tree, moving in and out of the tiny ravines almost like one mind controlled them all. Dead bark and dry leaves littered the base of the tree, with thick roots occasionally sliding out of the ground like snakes frozen in time.

Thick roots and vines crawled up the sharp, mossy walls, entwining themselves on any outcrop or indent they could find. The shattered remains of fallen rocks lay scattered on the ground all around the steep, sloping cave walls. Stalagmites and stalactites sprouted from the floor and the ceiling, and the steady drip of water could be heard faintly from all around. Ice cold water trickled down the walls like tiny waterfalls, collecting in shallow puddles. The winding roots of trees on the jungle floor above hung down over the cave like rope, swirling up and down, going in and out of the ground. The tiny scratches of the feet of bats coated the roots, and the thin young roots sprouted out of the ceiling like spider legs.

Another stone fell. Then another.  Another.  Dust began to spill from the ceiling like water, and clumps of damp mud from the jungle floor dropped from the widening hole in the ceiling; light spilled into the cave, flooding the cave with a new, golden light. The terrified shrieks and squeals of bats filled the cave as they all swarmed together and careened into an underground tunnel. A wall of noise blasted off the crumbling walls, echoing over and over; the skin of the grass and bushes on top dropped down as the ground beneath them crumbled, smacking down into the pool; water bubbling up through the thin layer of grass. Water was tossed metres into the air, and trees in the jungle above leaned over the edge too far and toppled in, splintering and cracking into the ground.

The occasional tumble of cracked stones and rubble scattered throughout the silence faded away and he low of hum of insects filled the air. Golden sunlight poured in on the calm oasis in the newly formed valley.