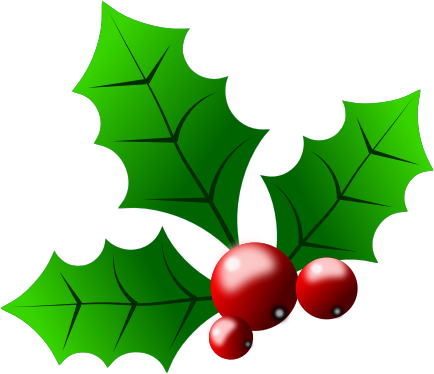 There are 6 days until Christmas

From A Christmas Carol by Charles Dickens

It is Christmas morning and the three Spirits have left Ebeneezer Scrooge a changed man.

The clock struck nine. No Bob. A quarter past. No Bob. He was full eighteen minutes and a half behind his time. Scrooge sat with his door wide open, that he might see him come into the Tank.

His hat was off, before he opened the door; his comforter too. He was on his stool in a jiffy; driving away with his pen, as if he were trying to overtake nine o’clock.

“Hallo!” growled Scrooge, in his accustomed voice, as near as he could feign it. “What do you mean by coming here at this time of day?”

“You are?” repeated Scrooge. “Yes. I think you are. Step this way, sir, if you please.”

“It’s only once a year, sir,” pleaded Bob, appearing from the Tank. “It shall not be repeated. I was making rather merry yesterday, sir.”

“Now, I’ll tell you what, my friend,” said Scrooge, “I am not going to stand this sort of thing any longer. And therefore,” he continued, leaping from his stool, and giving Bob such a dig in the waistcoat that he staggered back into the Tank again; “and therefore I am about to raise your salary!”

Bob trembled, and got a little nearer to the ruler. He had a momentary idea of knocking Scrooge down with it, holding him, and calling to the people in the court for help and a strait-waistcoat.

“A merry Christmas, Bob!” said Scrooge, with an earnestness that could not be mistaken, as he clapped him on the back. “A merrier Christmas, Bob, my good fellow, than I have given you, for many a year! I’ll raise your salary, and endeavour to assist your struggling family, and we will discuss your affairs this very afternoon, over a Christmas bowl of smoking bishop, Bob! Make up the fires, and buy another coal-scuttle before you dot another i, Bob Cratchit!”


Scrooge was better than his word. He did it all, and infinitely more; and to Tiny Tim, who did not die, he was a second father. He became as good a friend, as good a master, and as good a man, as the good old city knew, or any other good old city, town, or borough, in the good old world. Some people laughed to see the alteration in him, but he let them laugh, and little heeded them; for he was wise enough to know that nothing ever happened on this globe, for good, at which some people did not have their fill of laughter in the outset; and knowing that such as these would be blind anyway, he thought it quite as well that they should wrinkle up their eyes in grins, as have the malady in less attractive forms. His own heart laughed: and that was quite enough for him.