The Drama Department aims to treat Drama as an art form, a practical activity and an intellectual discipline. We allow students to express themselves and to learn about the world around them in a supported and creative environment. 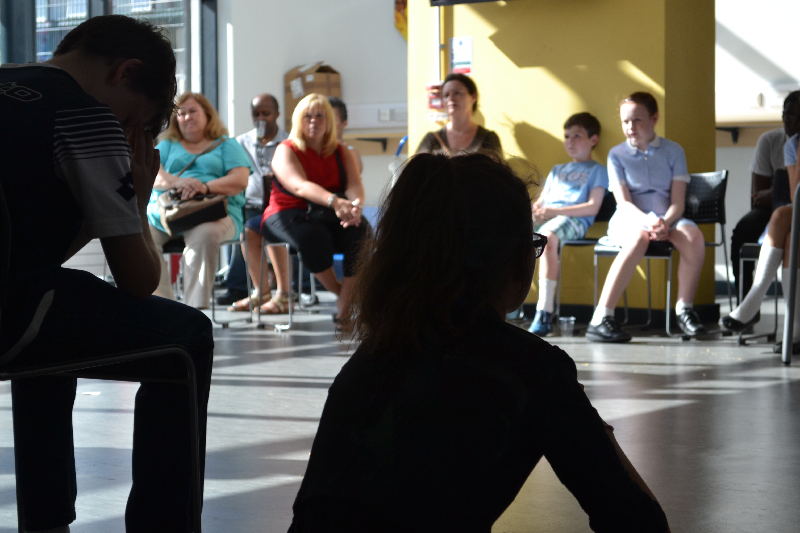 Commedia dell’arte- Using a 16th Century style of comedy to explore our use of face, body and space to create comedy

Liz and Emma - Creating Dramatic moments through the story of Liz and Emma.

Scripts and Staging - Students perform a script and decide on the staging they want to use.

Drama students at Wiseman have gone on to gain Firsts in their Drama and English Degree Courses.

We support the Catholic Ethos of the school through performance in liturgies and services. We have taken part in the Shakespeare's Schools Festival and the National Theatre Connections project where the performances have been praised highly. We make sure our students go to the theatre as often as possible and run theatre trips for all year groups throughout the year. Opportunities throughout the year to take part in productions, Drama clubs, workshops and events. The Drama department is an lively, creative and friendly environment for a student to develop and learn.

Photograph is from our Expressive Arts Evening 2014